Have you wondered what APACE stands for?  The APACE name stands for Appropriate (technology), Personal Growth and Community Education. To fully understand what this means, it helps to understand some of the history:

APACE was incorporated in 1985, but began as a voluntary group established by North Fremantle residents in 1982. These residents worked to restore Winter House on the banks of the Swan River, with the help of the Fremantle society and donations from local businesses.

The founders of APACE were inspired by the ideas and activities of UK economist Dr E.F Schumacher who wrote a book ‘Small is Beautiful: A Study of Economics as if people mattered”.  Schumacher was one of the first ‘ecological economists’ who argued against the classical economic theory of continual growth—raising the issues of overpopulation, overconsumption, pollution and resource depletion pointed out the difference between renewable and non-renewable resources (Sustainability, A History, J. Caradonna). Schumacher visited WA in 1977, meeting with the late Christine Sharp, member for the Greens who established the Small Tree Farm in Balingup. One of his few documentaries was made in WA on the logging of old growth forest ‘On the Edge of the Forest’.

In the early days, APACE was part of a national network of technology groups from around Australia formed at the Schumacher Memorial Conference on Appropriate technology in Sydney in 1982. At the time, APACE WA consisted of 14 volunteers, whose function was to gather ideas and expertise, plan projects and provide consultancy skills as required. Their goal was to promote sustainable, local community-based development in Western Australia, using local skills, local resources and technologies that were empowering and respectful of the local environment. Their aim was to make these resources available to disadvantaged groups, including unemployed people. Below is the organisational structure of APACE in early newsletter. 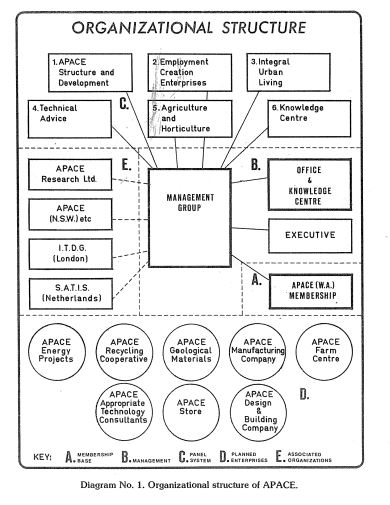 APACE were action oriented in their response to the environmental and social issues at the time, wanting to demonstrate a different way of working and the economic and social benefits of this approach. They were opposed to simply being a lobby group or awareness raising body and were not aligned with any political parties.

The site in North Fremantle was also used as to demonstrate sustainable living by academic researchers from Murdoch university. This included composting, recycling, alternative energy  (Wind and Solar)—and resulted in the building of the rammed earth building (REB), constructed by volunteers in 1985. For many years, there was a solar housing interest group that met here, involved in designing sustainable houses.

When APACE was incorporated in 1985, the name stood for Appropriate Technology, Personal Growth and Community Enterprise, reflecting values around sustainability, people and assisting others to help themselves at a practical level in the community.  Over time, the end part of the name changed to Community Education, reflecting the change of focus towards community education in native plants, wetland species and assisting Friends Groups at a grassroot’s level in seed collection, storage and planting.

Care for people and environment

The Appropriate Technology part of the APACE name was significant because it represents the early influence of Schumacher and others who argued that the industrial revolution did not need to be a permanent revolution with perpetual growth and society needed a stable, just and ecological sound economy. They argued that the classical economic system had led to huge gaps in inequality and there was a need for a return to ‘good work’ where people could grow, gain job satisfaction from doing the ‘whole’ rather than a part of a job.

This was a big part of the Personal Growth part of the philosophy and APACE name—which has involved providing those that are disadvantaged with an opportunity for ‘good work’ (variety/interesting) in a supportive environment—as well as developing model projects as examples for others to follow.

Tony Freeman (who led APACE for over 30 years) said the aim has always been to be ahead of the game, keeping ‘A pace’ of environmental and social innovation. 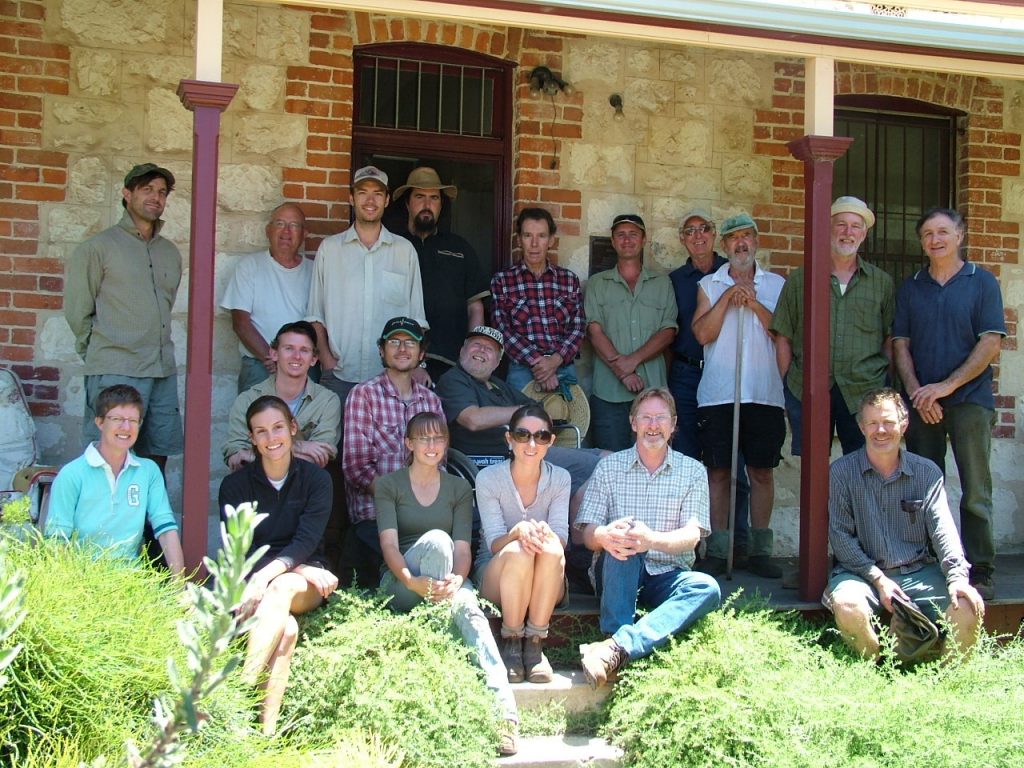 The initial appropriate technology strategy on which APACE was based was about attempting to reconcile the need for ecological balance and resource conservation with the need for human fulfillment and work. This has included working with local indigenous people as ultimately their knowledge in living and conserving the ecology of the land is going to be needed if we are to live within the long-term environmental limits of this country. APACE also have a history of working with local friends groups to assist with native seed extraction, processing and cleaning methodologies. 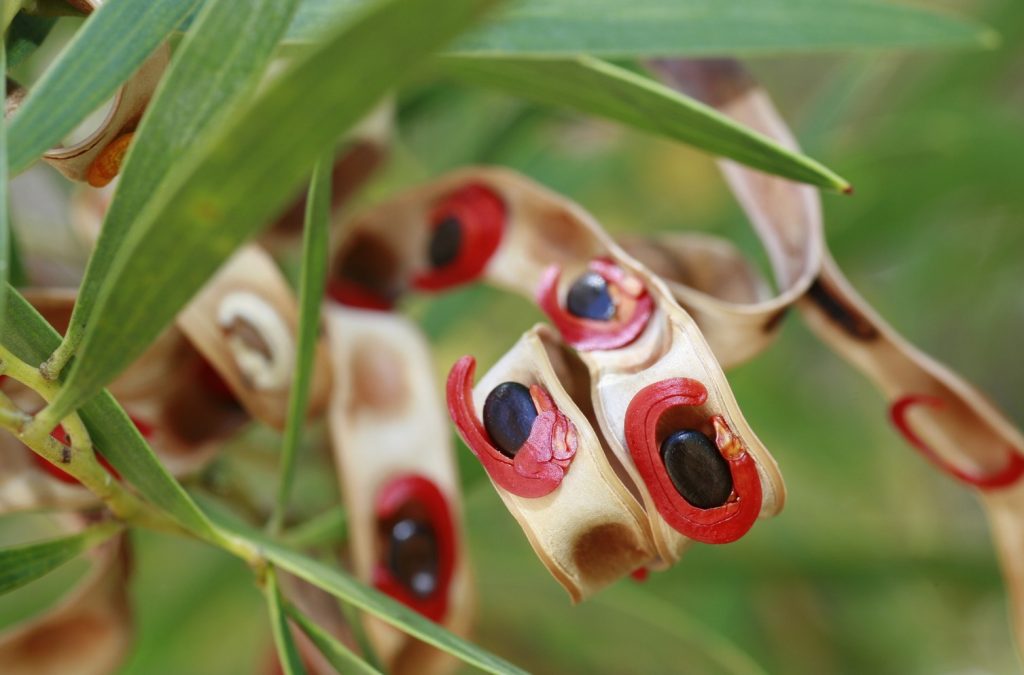 The focus on local native plants began following the 1988 bicentennial when APACE was involved in growing and planting 10,000 native seedlings for revegetation of the Rocky Bay clifftop heritage trail for the bicentennial year. This led to an accredited nursery being established in 1989 to grow local native plants and APACE went on be the first to grow and supply locally occurring rushes and sedges for wetland revegetation projects. 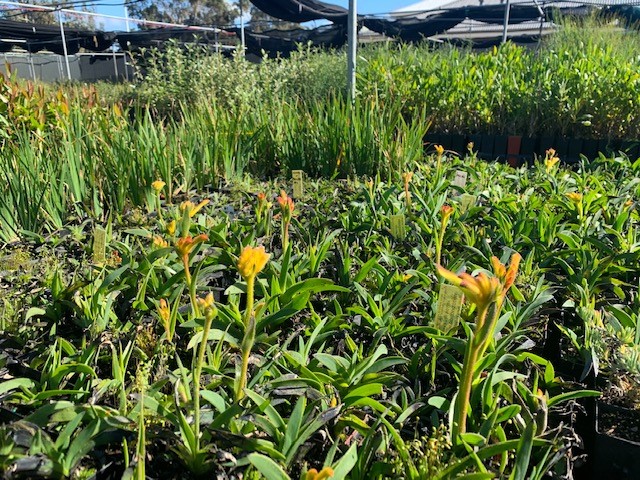 APACE staff translated the manual ‘Growing Locals: Gardening with Local Plants in Perth, Powell and Emberson, 1996’ into a database that still forms the basis of the local species plant selection and suburb selector on the website. This allowed widespread access to species lists that suited particular soil types – and was a major achievement and the basis of restoring local species endemic to the area in ecosystem restoration.

The nursery has grown to a sale of over 400,000 plants a year of over 400 different native species, most of which are local to the Swan Coastal Plain and taking on 300 volunteers in the last 10 years, supporting Friends groups and providing work for those with mental health or physical disabilities.

In the 1990’s APACE started bush regeneration courses, expanding local plant supply and support of friends groups and local council employees. APACE ran the first course in bush regeneration in Western Australia, which then went on to be taught by mainstream landcare courses at TAFE.

We have a podcast here which explains more about APACE in an interview made last year with coordinator Joann Heta: https://plantsgrowhere.com/

Do you have any photos from the early days at APACE? We would love to see them if you could drop in or email them through. 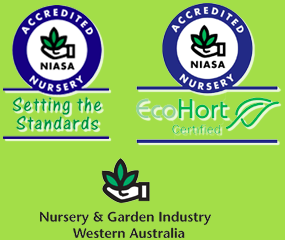